FTS's (Field Sobriety Test) Stopped for DUI? What you Should know.

What happens when you get stopped by a law enforcement officer for a DUI?

One of the first things is that the officer may ask you to step out of the car and perform some "Field Sobriety Tests", of FST's.

What are the most common FST's?

(well, what they frequently are NOT is very reliable!)

There are some two dozen variations of FSTs that law enforcement officers may employ during a DUI stop, but did you know that only THREE have been evaluated by the National Highway Traffic Safety Administration (NHTSA)? 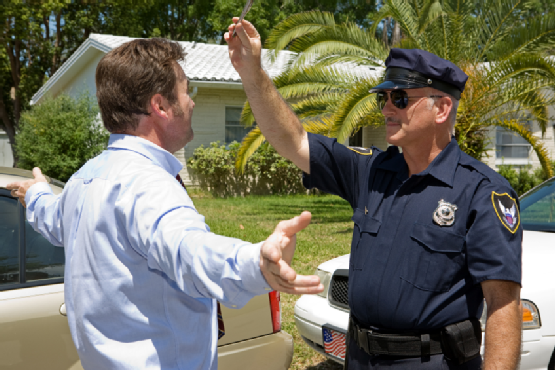 And for those three - the Horizontal Gaze Nystagmus Test, the Walk-and-Turn test and the One-leg Stand Test - to have any validity to them whatsoever, they have to be administered to you properly. Yet many officers fail to follow the proper method of administering these test; some, in fact, have never ever been trained to administer them correctly?

Often times an officer will say in his report the DUI suspect "failed" or "performed poorly" on the field sobriety tests; but when the performance is judged according to NHTSA's national standard, the person did everything correctly!

This underscores a basic fact of DUI defense: the arresting officers are biased and frequently do slipshod DUI investigations. Their claims and opinions should never be taken at face value.

How do you protect yourself?

To begin with, by not taking the Field Sobriety Test in the first place!

They are voluntary, and you are not required to take them. Secondly, by hiring an attorney who has been trained (by the very same NHTSA certified trainers used to teach law enforcement officers) to administer FSTs, and who knows when they weren't administered properly to you....someone like Lynn Gorelick!