A CHP officer observed a car weaving on the freeway and initiated a traffic stop. S.S. admitted to drinking, and voluntarily agreed to take some Field Sobriety Tests (FSTs), as well as blow into a Preliminary Alcohol Screening (PAS) device. Test results shows a Blood Alcohol Content of 0.80% and 0.082%. After being placed under arrest, S.S. opted for a blood test, which came back at 0.08%.

I had the client's blood retested by an independent lab – one that doesn't work for the government – and the results showed a BAC below the legal threshold of 0.08%. As a result, the case was dismissed, the Department of Motor Vehicles cancelled the driver license suspension, and all ended well! 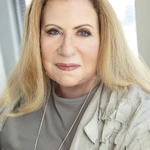